From karts to Formula 4. The second FDA freshman is the very young Dino Beganovic. Born on 19 January 2004 and from Landeryd, Sweden, he showed his class in karting, with two Swedish titles already to his name and a second place in the WSK Euro Series in 2019.

"It's not hard to drive fast. The skill you have to master is how to slow things down." - S. Vettel

"This world doesn't need a hero, it needs a professional." - Geralt of Rivia
Top
Vettel-Ferrari

Mercedes remains in F1 and Hamilton signs until 2022 (GLASINA)

La Casa Della Stella does not abandon F1, despite the rumours put around artfully, but will join the new Pact of Concordia with Toto Wolff in the role of the helmsman. The doubts will be resolved in the first few weeks and Lewis himself would have decided to extend the agreement for a couple of years.
Mercedes is preparing to compete in the 2020 Formula 1 World Championship with the certainty (cemented in six years of triumphs) that it will be ready to defend its primacy.

At the same time, the world champion team is starting to start a very demanding season in an unusual situation, that is, with the team principal and the two drivers who are about to expire.

In a period when Formula 1 is rewriting its future in the long and complex negotiation that the teams are pursuing with Liberty, the Mercedes anomaly has given rise to speculation about a future that on the Brackley-Stuttgart axis would not be for anything clear.

In fact, these are assumptions without any basis, put around in a more or less interesting way to raise a fuss that cast a shadow on the future of Formula 1.

Mercedes, which this year celebrates the tenth anniversary of its return to the Circus in the first person, is keen to remain in Formula 1 for a long time, and confirmations on the plans launched from 2021 will arrive in the coming months.

With the exception of sensational strikes, which are missing the smallest assumptions today, Toto Wolff will renew his contract, following Lewis Hamilton, whose confirmation in the two-year period 2021/2022 according to some insiders has already been defined.

The change in leadership of the Daimler group between Dieter Zetsche and Ola Källenius took some time, and it cannot be excluded that the new president also wanted to develop his vision on Mercedes sports programs, Formula 1 first.

The current situation is perfect for the German company: its presence in the World Cup costs very little (prizes, sponsors and budget-caps reduce, if not zero, the economic participation required from Daimler), guarantees an excellent return in terms of advertising, and in addition, the combination of hybrid series production and the current technical base of Formula 1 is perfect for marketing.

The hybrid theme is very dear to Mercedes. The future (most likely, but certainly not) will be electric, but it will still take many years before we can witness a full-electric capable of surpassing hybrid engines in sales.

The hybrid is the present and Mercedes in commercial terms makes great use of its image in Formula 1 to promote series production. All, as mentioned, at a very reduced cost.

The times of big investments (2012-2015) are long gone, today the Formula 1 team is an efficient, well-established mechanism, which is preparing to travel at zero cost.

The clouds over the future Mercedes in Formula 1 will clear up with the arrival of the first confirmations of the new contracts.

The 'toto' (not Wolff) in the paddock gives for sure the Hamilton-Wolff announcement sequence, while for the second driver (as per tradition) there will be a bit more to wait.

Bottas this time will go on the market, also because next spring there will be a market, and also substantial, but today the sprint seems to be two, that is between Valtteri and George Russell.

However, if we talk about the 2021 market, outside the super-bigs nothing can be given for sure, considering the number and the calibre of the drivers who will be free.
We fight together. We win together. We lose together. Forza Ferrari 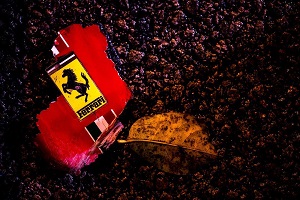 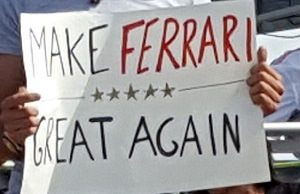 "It's not hard to drive fast. The skill you have to master is how to slow things down." - S. Vettel

"This world doesn't need a hero, it needs a professional." - Geralt of Rivia
Top
Vettel-Ferrari

ovdje spominju sastanak dogovoren za 12.02. na kojem će se odlučit o sudbini nakon 2020.
The FIA will take all necessary action to protect the sport and its role and reputation as regulator of the FIA Formula One World Championship.
Top
zekohonda