Five things we learned from F1 testing in Barcelona

Fernando Alonso may never win another world title
Any hopes Alonso had of stepping into a winning car at McLaren-Honda this year have been dashed after two deeply disappointing testing sessions in Jerez and Barcelona, which ended with him crashing on the final day. Formula One drivers, in general, seem to reach their peak between the ages of 29 to 33. In general, I’m saying, so don’t remind me about Juan Manuel Fangio, Giuseppe Farina and Jack Brabham, who all won the world title when they were over 40, though not in the modern era. And don’t tell me about Sebastian Vettel, who was a champion at 23 and looked a duffer at Red Bull last year, when he was 27. Alonso will be 34 in July and time is running out. His best chance could be a move to Mercedes, if Lewis Hamilton ends up at Ferrari. Meanwhile, McLaren-Honda are unlikely to be competitive until later in the year.

Ferrari will be better this time round
Don’t believe those times we have seen from Ferrari, because we’re not sure they’re “real”. We just don’t know what specs the teams are using at this stage. Things look a lot rosier than in 2014, when they failed to win a race, and when Ferrari-powered Sauber did not pick up a point. The times in Barcelona were not as eye-catching as those in Jerez earlier in the month but the mood in the camp is very positive. The British designer James Allison has his fingerprints all over the new car and the power unit appears better too. The team were silly to target two race wins in 2015 – they shouldn’t have mentioned any specific number of victories but they do look stronger, which is good news for everyone in F1.

Mercedes will still dominate
In Barcelona Mercedes looked like Hercules travelling incognito, a shy giant reluctant to flex his muscles. They went to Barcelona with one driver ill and the other injured but still looked quietly formidable. Lewis Hamilton and Nico Rosberg wore slow rubber in Barcelona but they were still fast, and when Hamilton put in a race simulation he was 0.8sec quicker than Red Bull. Red Bull and Ferrari should be stronger this year but Mercedes have improved too.

Lotus could be a surprise
Their move to a Mercedes power unit has improved their chances of impressing in 2015. OK, so their drivers were using rubber that looked softer than a duck down pillow, and some of their runs looked shorter than a sprint from Usain Bolt. So there were a few glory runs but Lotus look and sound a better organised unit. The Mercedes engine will give them a reliability that was elusive last year.

Max Verstappen can drive
There was a lot of head shaking when it emerged Max Verstappen, only 17, would be driving for Toro Rosso this season but he really looked the part in Barcelona. OK, these cars are a doddle to drive, especially when you think back to the brutes that had to be manhandled around the track a few years ago, but this is a driver who could be a champion once he lands a better drive.


What exactly occurred when Fernando Alonso lost control and hit the wall last week is a mystery, but Ferrari driver Sebastian Vettel has some insight.

Sebastian Vettel now says that he was too far behind Fernando Alonso's accident to have seen what happened – and he insists that he only saw the end of it.

Earlier comments from Vettel to the effect that the car was going slowly when it suddenly turned right fed conspiracy theories in the days following Sunday's accident.

However a video taken at Turn One on the lap that Alonso crashed showed that Vettel had gone wide, let Alonso past and returned to the track some distance behind the McLaren, suggesting that he was some way behind.

Could wind have caused it?

Today Vettel was asked if the wind was strong enough to put a car off line.

“Yes I think it was,” he replied. “I think Carlos had an accident where he lost the car. It was very windy on that day. I'm not sure what exactly happened. I was right behind, but didn't really see. I was a bit too late, so I couldn't see how the accident started. I only saw the last bit where he was hitting the wall. But what happened before, I don't know, I can't judge whether he lost the car with the wind or not.

“I went straight away after it happened to see the McLaren people, and basically told them what I saw, and asked if Fernando was OK. At this stage we didn't know. Obviously still shocking to hear that he still needs to recover, but the most important thing right now is that in general he is fine.”

In a GP Right Now first, we speak to Red Bull's former Chief Mechanic about his hugely successful career, quizzing him on Michael Schumacher, Sebastian Vettel and the 2015 season.

Q: What moment in your career are you most proud of?

A: Winning my 1st championship with Micheal Schumacher. We were the underdogs, nobody believed that Benetton could be a world championship team!

Q: Is the new hybrid era the hardest technological challenge the sport has undertaken in its history?

A: No doubt it is a very big challenge. Active ride suspension was equally a big challenge in its day, with less supporting technology (i.e. computer interface, telemetry, etc.) we also were the only team to add four wheel steering.

Q: Who has been the funniest person you've worked with?

A: There have been so many colourful individuals that I have had the pleasure of working with, but if I had to name only one it would be Jean Alesi, he made everyone laugh with his constant banter, he made the gruelling hours that we worked bearable by telling jokes and anecdotes. There was never a dull moment when Jean was in the garage!

Q: From the point of view of someone within F1, what do you think could be done to bring the fans closer?

A: By making the event more affordable for everyone and bringing the fans closer to the cars.

Q: Do you think the development of Renault power units last year will make them a great deal stronger this year?

A: I think with Red Bull setting up their in-house engine development department, led by Mario lllien, this will be key to making Renault stronger in the future.

Q: If you could have worked with any other driver, who would it have been and why?

A: Ayrton Senna. For all the obvious reasons!

Q: What was Michael Schumacher like off the race-track?

A: Off track Michael enjoyed partying as one of the boys. His slap-stick sense of humour and vivacious character sometimes made us nervous, he was known to pour beer over unsuspecting people from time to time!

Q: How do you think Sebastian Vettel will fare at Ferrari?

A: Undoubtedly, Seb will do a great job. Having similar traits to Michael I do believe that he will make his mark early on. Now that Rory Byrne is more involved with 2015 car, I predict that they will be much more competitive this season.

Q: Do you think McLaren-Honda will be able to challenge for victories in 2015?

A: No, I don't. I feel that it is too early for Honda to be as competitive as the other teams but I do believe that their chassis will be far superior to previous years with the arrival of Peter Prodromou.

Q: What are the biggest engine-related and aerodynamic changes this year?

A: The 4-engine allocation per season will be the biggest challenge - the engines will need to do a lot more miles, which could have a big impact on reliability. As for Aerodynamics, a low nose will result in loss of performance but as with most aero regulations, I'm sure that the performance will be regained after time. "Why not be radical? Why not make everybody have the same processes?


Former McLaren team boss turns his back on F1 to try and help secure yachting's greatest prize; Will work alongside Red Bull designer Adrian Newey; "Within minutes of talking to Ben I knew I wanted to do it," he says 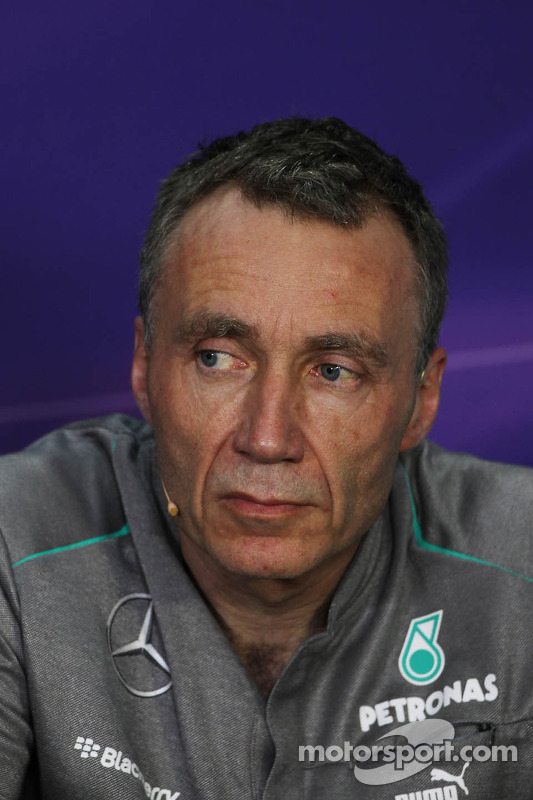 ROSBERG: SEB YOU ARE OFFICIALLY INVITED TO MERCEDES DEBRIEF LINK

They see me strollin', they hatin'

Ahh. Valjalo bi da je dosao u Ferrari, ali steta. Ipak ode u Renault
:/
Being second is to be the first of the ones who lose.
Ayrton Senna
Top
josip123

Ecclestone: "Mercedes helped by the FIA ​​on the hybrid"


Bernie Ecclestone has fired a bomb speaking to Sky Sport24 HD that will discuss the world of Formula 1: Mister E has unearthed a sensational backstage argument that the Mercedes would have a huge technical advantage in power unit thanks to the design of the engine together to the men of the International Federation ...

"They knew a bit 'more of the Power Unit - admitted Bernie - because the people of the Mercedes were in close contact with the International Federation, to define the concept of this engine. And' why we have had a beginning so strong last year and now Mantega their advantage. And now someone should try going to take them back. He could guess the project or sbagliarlo: and the men of Renault, who both have pushed for this revolution, have failed. "

The revelations of Bernie are very serious: if it is true that the technicians of the FIA informed in advance of the technical staff of Mercedes someone Jean Todt should resign. It is surprising, however, that Mister E decides to "sing" right now: if he was aware of information so resounding should have immediately denounce the serious impropriety. Looms another violent conflict between the promoter of the championship and the Federation who has over the management of the rules.