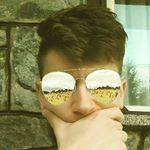 Several Formula 2 drivers have confirmed their plans for 2021 - Robert Schwartzman remains in the Prem, Felipe Drugovich moves to the UNI-Virtuosi, and Pedro Piquet, Sean Gelael and most likely runner-up Callum Ilott leave the category.

Schwartzman has been driving for Prem since 2018, and in his debut F2 season he won four victories, more than any other driver this year. Although he led the championship at the beginning of the season, in the second half he dropped out of the title fight, so in the end he was fourth overall, and the title of best debutant was taken away from him by Yuki Tsunoda.

It was previously confirmed that the outgoing champion Mick Schumacher will be in Prem replace F3 champion Oscar Piastri.

Felipe Drugovich will continue his career at UNI-Virtuosi. The Brazilian drove his debut season for MP Motorsport and impressed many with three wins after a tough F3 season. He will now join the team runners-up, apparently in place of driving runner-up Callum Ilott. Guanyu Zhou should stay on the team for the third season in a row.

At the awards ceremony after the finals in Bahrain, Ilott said that in 2021 he will not officially race anywhere for the time being, but will wait for the opportunity for Formula 1 2022.

Sean Gelael is saying goodbye to the category after five seasons. The Indonesian missed the last season of his not at all impressive career partly due to a spinal injury at the Spanish GP. In a brief post on Instagram, he said it was time to turn a new chapter.

The last driver to announce that he will no longer be in F2 is Pedro Piquet. The son of three-time champion Nelson made his F2 debut this year, and in a lengthy post he cited finances as the main reason for leaving, not only from his perspective, but also in general because of several recent examples where F2 drivers with more financial support and poorer results came to F1 , and those with better results are not.

In the next three days, F2 teams will test in Bahrain, and some of the driving line-ups give us clues as to who might be next season - Marcus Armstrong and Roy Nissany will perform for DAMS, Dan Ticktum and Jehan Daruvala will drive for Carlin, and in ART- in next to Christian Lundgaard will be Theo Pourchaire. Clement Novalak will drive for Trident and UNI-Virtuosi, and he is reportedly one of the drivers who, given the completely separate calendars F2 and F3, is considering competing in both categories.