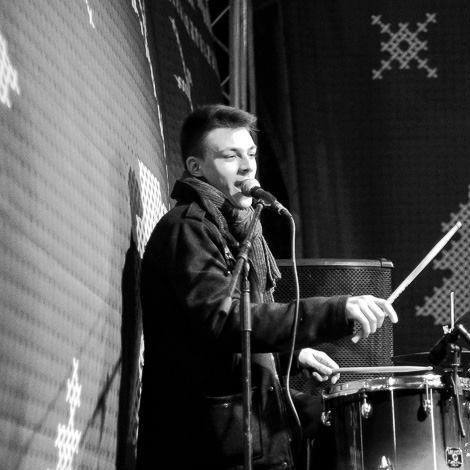 Yuki Tsunoda has done great qualifying and thus reached his fourth pole position this season. Behind him was Nikita Mazepin, while Jehan Daruvala came in third.

Robert Schwartzman finished fourth and thus dropped out of the calculations to win the title. Felipe Drugovich and Christian Lundgaard occupied the third starting row, while for the first time this season Artyom Markelov finished qualifying within the top ten drivers. Dan Ticktum and Louis Deletraz, as well as Callum Ilott, who has the opportunity to close the gap with Scumacher in the fight for the championship tomorrow, also finished in that round.

The drivers came out in a column and made two warm-up laps before the chase for the best position began. Drugovich, who led the column, briefly lost control of the car at the entrance to the chicane, but managed to stay on track.

Mick Schumacher and Robert Schwartzman came out later than the others on the track. After two laps of warm-up, Schumacher set only the 17th time, and at the beginning of the second attempt, he was bothered by the car coming out of the pits and had to give up. Schwartzman managed to do two measured laps in a row, but he couldn't do better than 10th place. The German later also did a second measured lap, but did not make a major shift in the standings, only one place up.

10 minutes before the end, we saw the whole F2 grid on the track. Schwartzman did a great lap and took fourth place. Before everyone could start their fast laps, Luca Ghiotto, who was at the beginning of the column, turned around on the way out of the second turn and stopped off the track resulting in a red flag.

We didn’t have to wait long for the green light to come on again on the way out of the pits. There was a big crowd on the track and many got stuck in it, primarily the duo from Prema. Schwartzam was blocked twice in a quick lap that he had to give up, while Schumacher had qualifiers to forget. At the entrance to the penultimate turn, the German had Roy Nissany in front of him, which he started to bypass, but during that attempt, he hit the right side of the Nissany, which lost control of the car and climbed to the rear end of Schumacher and broke his rear wing. both twisted. The German managed to return to boxing, where the Israeli remained on the track with a broken front wing. Schumacher thus remained in 18th place and a tough race awaits him tomorrow.

It has also been confirmed that the judges will look at the incident between the two drivers.

The main race is scheduled for tomorrow at 13:10 our time!