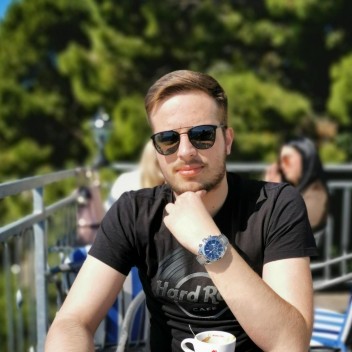 Imola is returning to Formula 1 after a long 14 years, for some certainly too long 14 years. Due to the special circumstances currently taking place in the world, F1 leaders have started to restore old tracks, introduce new ones or simply hold two weekends on one race track in exchange for some canceled races. One of these returnees is Imola, a path that awakens nostalgia and some special emotions, mostly beautiful, but unfortunately also sometimes sad. Although I am skeptical about racing on the track due to the width of the track, due to its specific format with only one free practice, Imola may be hiding a positive surprise. The return of Imola is an opportunity to remember some beautiful moments that took place on this trail, and I single out one that may not be so well-known, but it is definitely worth paying attention to.

After the first two races, things didn't look good for Mika Hakkinen and McLaren, 0 points on the account and Ferrari and Michael Schumacher who simply shine, and coming to Ferrari's home field in Imola is never easy, especially then. Also, rumors began to circulate that Mike Hakkinen was fed up with winning the title and that he wanted to dedicate himself more to his family. McLaren simply needed a good result as soon as possible.

During the free practice and qualifiers, it became clear that the fight would take place between Hakkinen and Schumacher, and the fight culminated in the qualifiers. Michael Schumacher drove a great lap and achieved a temporary pole position, but Mika took over the pole position with a lap that was only 0.091 seconds faster than Schumacher's. But that is not what surprised everyone present. Hakkinen's pole was a surprise due to the fact that the lag behind Schumacher in the first and second sectors was 0.085 and 0.089 seconds, and in turn 12 at the beginning of the 3rd sector he went too wide and everyone reconciled with Hakkinen's 2nd place at the start, but not the one who got the most out of the car and the third sector and took pole position. Hakkinen has once again shown that he is one of the greatest masters of qualifications in this sport. I definitely recommend every F1 fan to watch this circle on YouTube, along with the Finnish commentators who make the circle extraordinary with their reactions.

Mika Hakkinen did a superb start to the race moving away from the rest of the grid. On the other hand, Schumacher had a bad start and had to defend himself against Coulthard and Barrichello, who eventually overtook Coulthard. As the race progressed, it was clear that the battle for victory would take place between Hakkinen and Schumacher. The leading duo began to move slightly away from the rest of the grid, and Hakkinen slowly and safely from Schumacher, and by the time they entered the fuel box, Hakkinen's advantage over Schumacher was 3,2 seconds, and over 20 seconds over the next companion. After Schumacher's entry into the box, his advantage almost doubled, ie it was 5.7 seconds since Hakkinen's departure to the box lasted 7,6 seconds and Schumacher's 10 seconds.

The advantage was more or less constant until Hakkinen ran into a fallen piece of a car that damaged the car's floor and made the car difficult to drive, and Schumacher gave him a 5-second advantage. Over time, Schumacher began to get closer to Hakkinen, and the advantage dropped to 2 seconds in lap 41 when Hakkinen experienced a glitch in electronics and managed to solve it. But Schumacher wasn’t without problems either, as he nearly collided with Pedro Diniz in the 43rd lap when he went to get around him for a full lap. In the end, Hakkinen's 44-lap lead was 3 seconds when Michael Schumacher took the lead, which he didn't let go of even after boxing in lap 49. The reason for this is the big difference between Hakkinen’s out paw and Schumacher’s in paw. By the end of the race, Hakkinen tried his best to pass Schumacher, but failed, and in the end Schumacher defeated Hakkinen with only a 1,168-second lead over Hakkinen. Third was David Coulthard with over 50 seconds behind, and Barrichello finished the race 4th with almost a minute and a half behind the winner. Jacques Villeneuve should be singled out from the rest of the grid, who came to 5th place with a great start from the ninth place and fights in the middle of the ranking, bringing new points to his team BAR.

If I can say for a driver that he is loved and respected by all Formula 1 fans, it is certainly Mika Hakkinen. He is a measured and polite gentleman off the track, and he was also known for interesting cuts that he always spiced up in a sterile way, and the most memorable is the press from the Canadian GP in 1999 when he and Eddie Irvine threw towels at each other and poured juice. . And there was also a big gentleman on the track, without any controversy, but therefore very, very capable of racing hard and finding a place where no one sees that space, which he showed in a brilliant and beautiful way at the 2000 Belgian GP. And when Michael Schumacher, one of the most successful and for many the best F1 driver, says that Mika is his biggest and toughest opponent he has fought, it speaks more than clearly about the driving qualities he possesses. True, Hakkinen does not have the ability to lead a worse car to victory than Schumacher, Alonso or Senna can, but with the right car he can reach the title, which he has shown twice and once against Schumacher. Yes, maybe a bigger gentleman and a funnier man than Mike will come to F1, there certainly were and will be better drivers than Mike Hakkinen, but trust me, a driver like Mika Hakkinen will never show up again because he’s just one.

# F1 Mirror#Hakkinen#Column#Schumacher
Send to someone via What's App